After nine months of planning and prepping, we have begun restoring one of California’s Historical Treasures… The “Hacienda” (also known as – Milpitas Hacienda, Hacienda Guest Lodge and Milpitas Ranchhouse).

A little history on this landmark…

The Hacienda was rebuilt in 1930 after a fire burned down the original structure.  It was designed for the well-known Mr. William Randolph Hearst by the first woman architect licensed in the state of California, Ms. Julia Morgan.  Among many other structures, Ms. Morgan also designed the renowned Hearst Castle.  The Hacienda, or the "ranch house", held the 30 employees that were responsible for ranch operations.  When it was rebuilt, the architecture was heavily influenced by Spanish Colonial Revival Style (Stucco, Large Arches, Large Eaves, and Large Courtyards) and the Moorish Revival or Neo-Moorish (the large Dome).  Many famous actors and actresses, including Will Rogers and Marion Davies, were honored guests of the Hacienda.  Several movies, including Clear and Present Danger, We Were Soldiers and the 1966 film Incubus,used Fort Hunter Liggett and the Hacienda  as filming locations.  In 1940, the Army purchased the Milipitas Ranch and Ranchhouse along with other properties to create Fort Hunter Liggett.  It was inducted into the National Registrar of Historic Places in 1977.

Thank you to Fort Hunter Liggett and GLR Construction for enlisting our services and allowing us a part in preserving History! 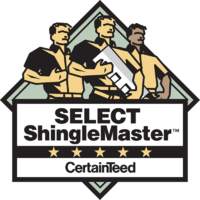 At Chip Cooper's Roofing Co., Inc., we would like to take this opportunity to say thank you to those who have served both overseas, and those who serve stateside in a support role. Our military is... [read more]